For as long as I can remember, I’ve been told to recycle-- recycle my bottle, recycle my cans, recycle my plastic bags.

Each year the recycling rate has climbed in the United States from close to zero in the 1960s to around 35% by 2017 and that’s a good thing.

Well, it’s more complicated than recycling advocates would have you think.

But before we dive into the why, lets look at where the modern recycling push came from.

In this post, we will look at why rates are still so low, and why there is only one real solution to plastic recycling.

A Brief History of Recycling

There is archeological evidence of recycling dating back thousands or years, but it didn’t’ look like our modern system.

In the past there were no recycling bins, no trucks. The notion of leaving your recycling on the curb for someone to melt down and make new again would have seemed absurd to our ancestors. Their idea of recycling was to, as the old saying goes, “use it up, wear it out, make it do or do without.”

A more historically accurate representation of recycling would have been washing out your Ziplock bags and drying them on the laundry line, like my grandma used to. We would tease her for it… we couldn’t have been more wrong.

In the late 1800s, as garbage collection became industrialized in urban areas we toyed briefly with large-scale recycling as some companies began sorting the trash and selling the valuable finds back to industry. That continued for as long as it was profitable, but as our culture shifted to a throw a way culture this quickly fell out of favor. By the 1920s large-scale recycling was nearly unheard of.

There was a brief patriotic spike in recycling rates as World War II caused demand for raw materials to surge. This led to high demand (and high prices) for old rubber, paper, metal… basically anything needed to run the war machine.

It wasn’t until the 1960s that recycling became linked to the environmental movement. A few dedicated souls saw the destruction we were causing to our environment and began recycling.

But this well-intentioned environmental zeal was co-opted by one of the most effective corporate Greenwashing campaigns of all time, giving rise to recycling as we know it today. 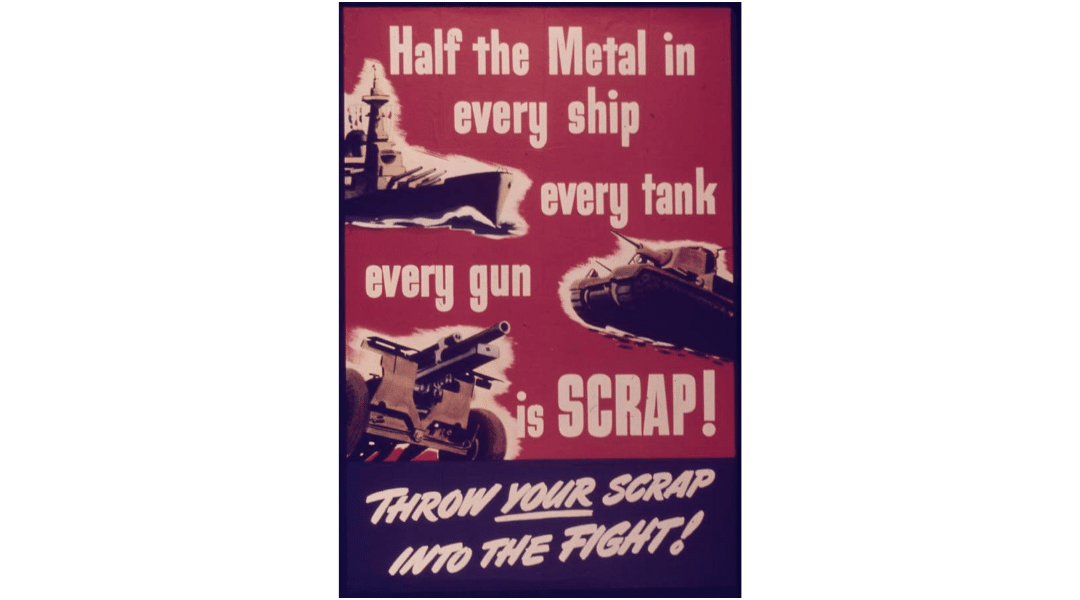 Let’s dive into the roots of our recycling system.

Many people trace much of our modern recycling system to the awareness created by the famous (infamous?) “Crying Indian” ad in 1971.

This ad by the “Keep America Beautiful” organization was transformational. Their stated goal is to “end littering, to improve recycling, and to beautify American communities.”

The “Crying Indian” ad catapulted Earth Day, and recycling into the national consciousness.

At first glance the image of the “Indian” paddling his canoe through trash infested waters with the message “People start pollution, people can stop it” sounds good.

To many however this ad is deeply problematic for several reasons (not the least of which the “Indian” is actually Italian American actor Iron Eyes Cody, but that’s a rant for a different day).

Bottle deposits have been proven over and over to be one of the most effective ways to keep cans and bottles from ending up as litter, so why would an entity who’s stated mission is to “end littering” be opposed to bottle deposits??

In her film Gone Tomorrow. The Hidden Life of Garbage, Heather Rogers says that Keep America Beautiful is one of America’s first corporate greenwashing fronts.
By focusing the national conversation on “ending littering”, Keep America Beautiful has successfully transferred the failing of pollution from industry to individuals.

They have convinced us that if everybody will just do their part and sort their trash, we won’t have pollution.

Their argument is that if individuals are responsible enough, then it doesn’t matter what materials they make their packaging out of. If litter ends up in the environment it’s because some knucklehead littered… the fact that it is made out of plastic that won’t break down for millennia isn’t even mentioned.

But hauling and washing bottles is more expensive than a plastic bottle that costs a few pennies to make. 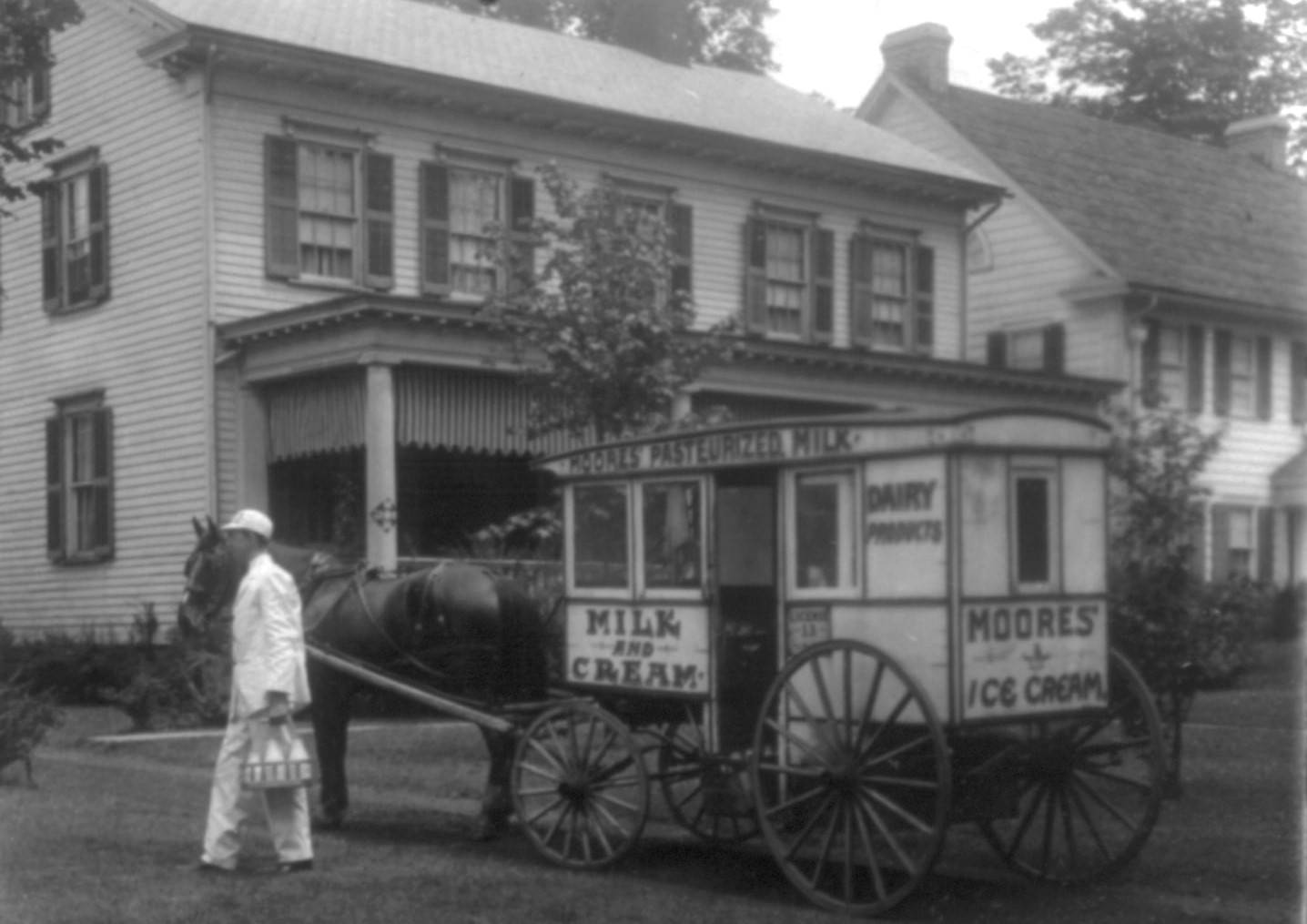 Industry knew that they could (as an economist might say it) externalize the cost of the bottle disposal then they could pad their bottom line. But for that to work they had to convince you to happily pay that cost for them.

I am in no way saying recycling is bad. We should close the loop and reuse materials as many times as possible.

The Tale Of Two Recycling Systems

From the very beginning, recycling has always been about saving money. If an item is more valuable than the cost of recycling, it gets recycled. If it’s not… it ends up in the landfill.

There’s a reason there are commercials on TV advertising offers to buy your gold, but you’ll never see an ad for someone trying to buy your used milk jug (or your diamonds).

In the United States, our recycling rates range from a high of 66% for paper recycling down to a paltry 8% for plastic.

To determine why that is and determine which products are valuable and which aren’t, we need to look at a couple of factors:

• How difficult is it to process the materials from waste into new products?
• How expensive is it to create new “virgin” versions of the material?
• How stable is the pricing for the recycled product?
• How long is the recycling life cycle? i.e.: how times can something be recycled and remade into a product before it must be “down cycled”

I hope this graph with data from the Environmental Protection Agency (EPA) is an easy way to put that into perspective. 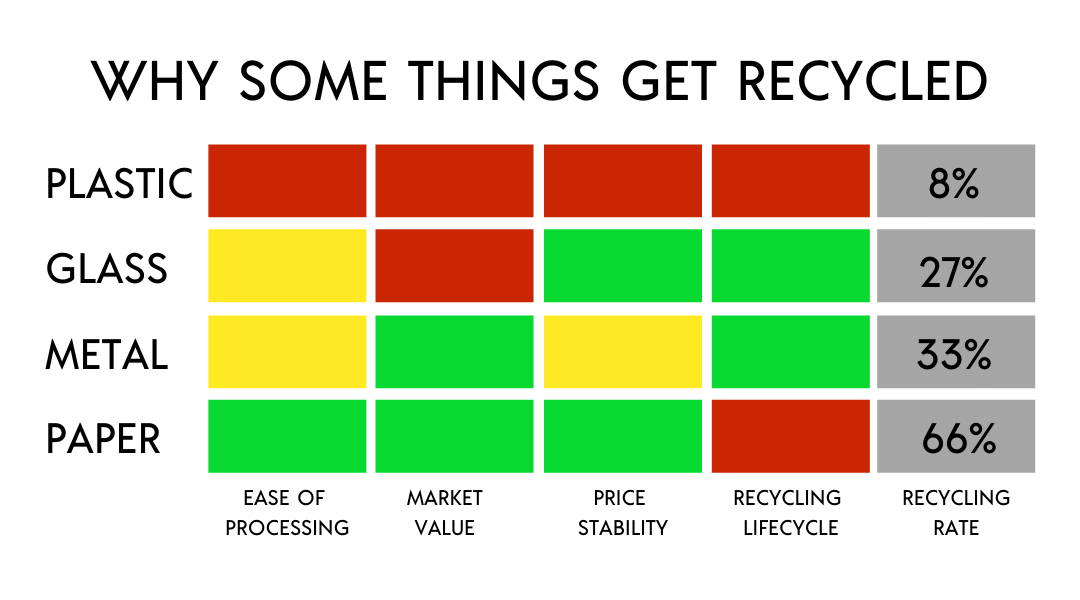 And therein lies the problem.

As wonderful as plastic is as a material, it is the worst for recycling.

It is notoriously difficult to process. With so many different types of plastic, which are often mixed in the same product, it makes it very difficult to recycle. The price for “virgin” plastic is directly tied to the price of oil. When gas is cheap, so is virgin plastic… This creates a boom and bust cycle for plastic recyclers, making it hard for them to stay in business through the down times. Plus, plastic can only be recycled once or twice before it must be down cycled into things like insulation for sleeping bags or landfill liners…

Just take a look at this data from the same EPA numbers I referenced above showing what percentages of each material get recycled, burned, or end up in the land fill. 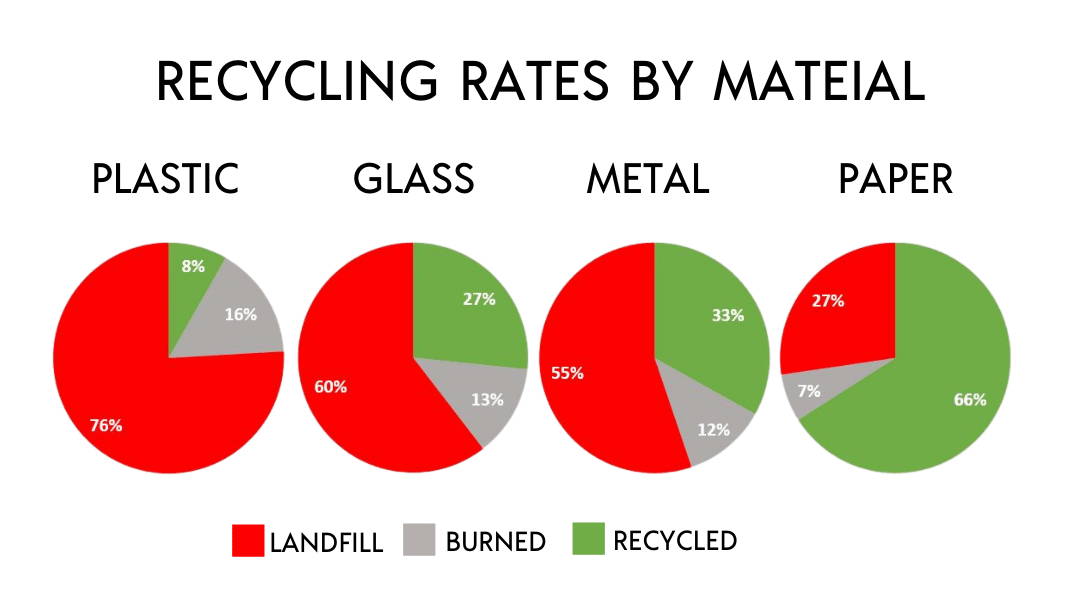 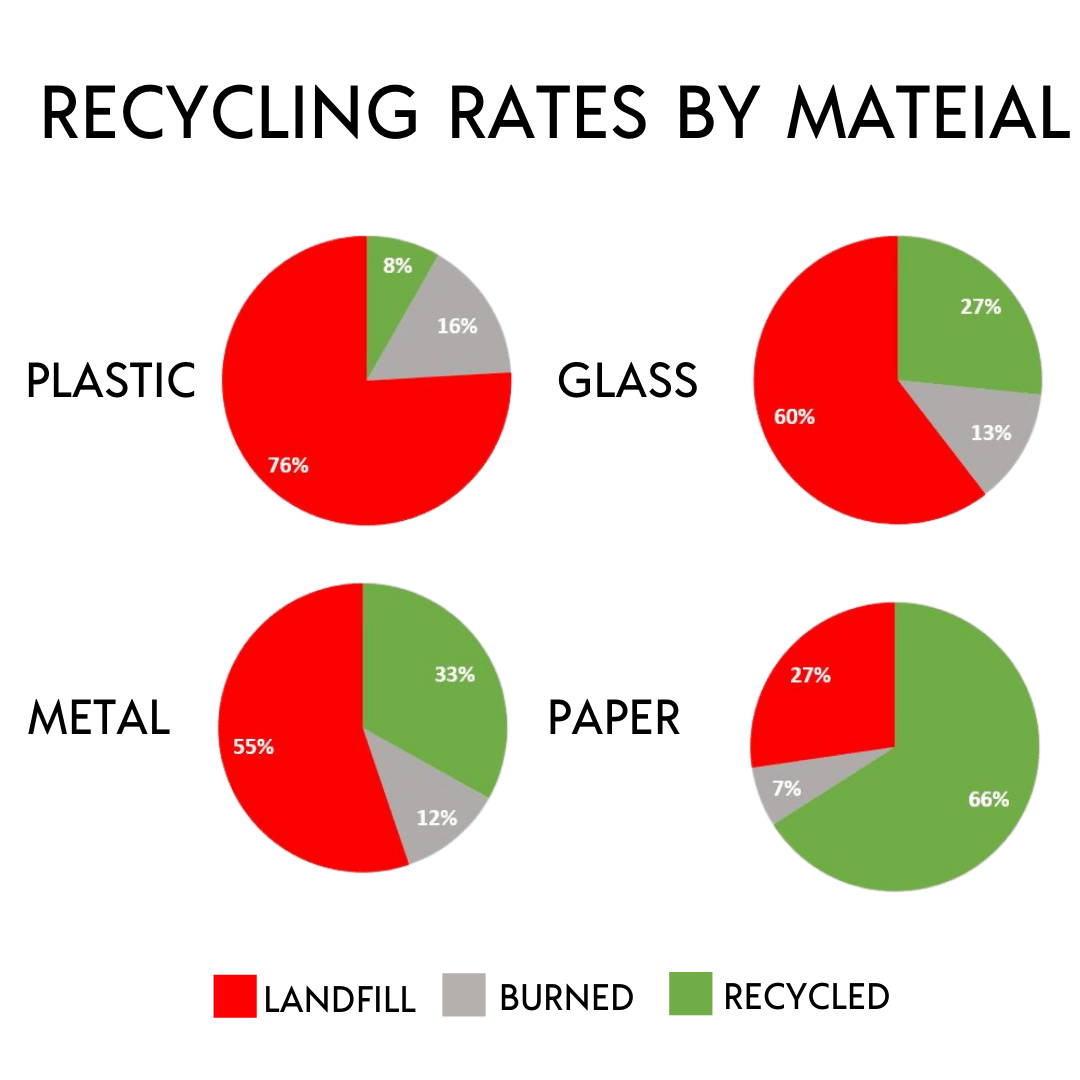 As you can see recycling rates for plastic is abysmally low compared to other materials…and that low recycling rate is directly tied to the profitability of recycling plastic.

If it made sense plastic recycling rates would be higher.

We will never be able to recycle our way out of the plastic crisis. Manufacturers have systematically shifted the burden of disposing of their packaging onto consumers and onto the environment. They have made it perfectly clear that they aren’t going to change unless they are forced to.

The only way to force them to change is to get enough people to vote with their dollars.

Choose to purchase products not packaged in plastic.

Two stellar examples of this are aluminum and glass. (our top choices for packaging here at Pavati)

Aluminum is just about the perfect material for recycling.

It is easy to recycle, just melt it down and mold it into your new product. It’s also valuable. In fact, it’s just as valuable as virgin aluminum and it takes 90%-95% less energy to recycle aluminum than it does to mine and refine bauxite ore into aluminum.

Lastly, it can be fully closed loop. Aluminum can be recycled over and over, never losing its integrity. 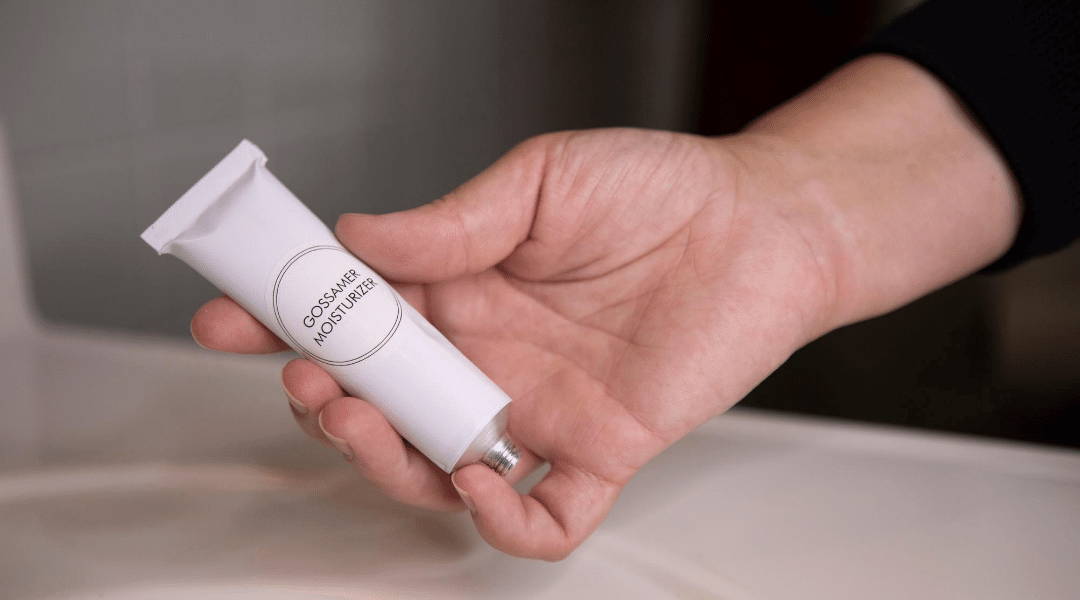 And this is exactly why we proudly offer our Eco Refill packs here at Pavati. These aluminum tubes are fully recyclable, but even more importantly than IF than can be recycled, is THAT they can be profitably recycled. For recycling to work, the money has to follow.

We created an entire page on our website so you can learn more about our Eco-Refills.

Check Out Our Eco-Refills

And remember that for every item you purchase form Pavati we will pick up one pound of ocean bound trash.

All our skin care products are vegan and natural and come with a 100% money back guarantee so we hope you’ll give them a try today, and together we can end plastic pollution in our oceans.

CHECKOUT OUR OTHER ARTICLES HERE: 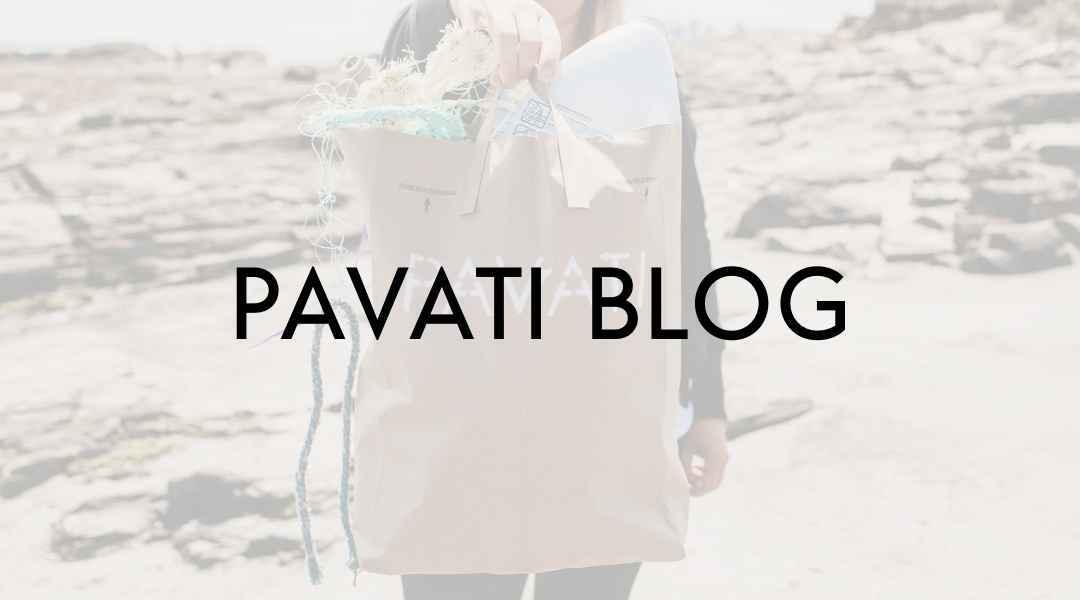 THERE IS NO PLANET B!

Sign up to learn other ways you can help save our oceans!

Use this popup to embed a mailing list sign up form. Alternatively use it as a simple call to action with a link to a product or a page.

By clicking enter you are verifying that you are old enough to consume alcohol.

Your cart is currently empty.